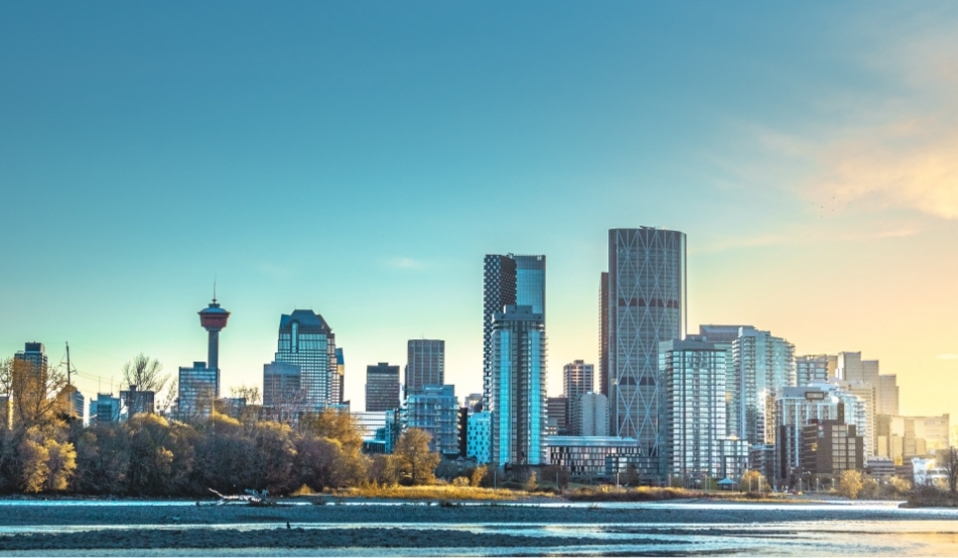 Ranked as the most liveable city in all of North America, Calgary demonstrates a vibrant culture incomparable to anywhere else. Nestled alongside the Bow River, and a mere 80 km from the Canadian Rocky Mountains, Alberta’s largest city offers quite the spectacle of natural beauty. Calgary is also home to a robust culinary scene, several museums and galleries, as well as a number of walkable shopping districts. Rent or charter a Luxury Private Jet and experience all the fun and excitement that Calgary has to offer.

There are several airports in and around Calgary that can accommodate landing by a private jet including:

One of the main benefits of chartering a private jet is that you have the opportunity to design a trip that works for you. If the above airports don’t fit your travel plans, that’s not a problem! There are several smaller airports in and around Calgary available for landing. Simply, let your travel concierge know where you’re looking to land, and they’ll work with you to find the airport that works best for your itinerary.

Planning your trip to Calgary

As one of the youngest, fastest growing and most diverse cities in all of Canada, it’s no surprise that Calgary is jam-packed with all sorts of things to discover!

At the top of the list is the highly regarded Calgary Stampede! For 10 days in July millions of visitors gather at the Greatest Outdoor Show on Earth to celebrate the city’s western heritage. There’s truly something for everyone at this annual event–rodeo shows, concerts, parades, you name it! Just don’t forget to pack your cowboy hat and shine up those boots because you’re going to need them for this triumphant event!

The Calgary Stampede isn’t the only attraction captivating tourists... The city is also renowned for several pieces of architecture, including the Calgary Tower. Measuring 158 metres in height, the landmark remains to be one of the city’s most iconic buildings. Venture to the top for a view of Calgary unlike any other.

Calgary also offers an abundance of activities for outdoor enthusiasts. Whether you head to Fish Creek, Canada’s second-largest provincial park, for some canoeing, hiking or biking, or spend an afternoon relaxing in Prince’s Island Park, you’ll want to set some time aside to appreciate the raw beauty this city offers.

While you’re in Calgary you have to visit Canada Olympic Park, one of the key facilities used in the 1988 Winter Olympics. Now operated by WinSport Canada, the park is used for ziplining, bobsleighing, and downhill karting in the summer, as well as skiing, snowboarding and tubing in the winter.

Speaking of sports, the southwestern city is also home to world-class venues that host some of Canada’s top sports teams including the NHL’s Calgary Flames and CFL’s Calgary Stampeders. Whether you stop by McMahon Stadium for a home game or tour the Scotiabank Saddledome, spending some time appreciating the city’s vast sports culture is a necessity!

Did you know that Calgary is also the birthplace of Canada’s national cocktail, the Caesar? Vodka, clam juice, tomato juice, spices and Worcestershire sauce are the key ingredients, topped with celery, olives and lime. However, you can find several restaurants in the city that take it a step further and add onion rings, lobster claws or sliders, turning this spicy drink into a savoury meal. The TF Caesar from Tommyfield Gastro Pub and the Caesar at Big Sky BBQ Pit are some of the best Caesars taking Calgary by storm.

Regardless of how you decide to spend your time in Calgary, Momentum Jets’ can help ensure everything is ready upon your arrival. Our travel concierges will happily take care of your accommodations, including booking ground transfers and transportation. We want to make sure your travels are seamless so that you can enjoy your time in “Cowtown”.