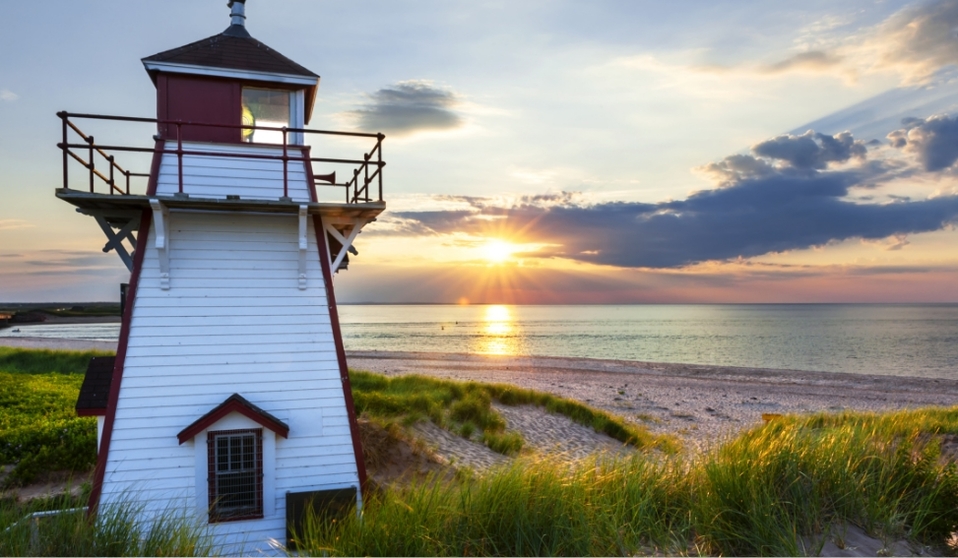 Prince Edward Island is Canada’s smallest and only island province, but don’t let this fool you... The province still packs quite the punch. The Maritime province is known for its red sandy beaches and soil, delicious potatoes, and as the inspiration for Lucy Maud Montgomery’s classic children’s novel Anne of Green Gables. It’s also recognized as the “Birthplace of Canada” since its capital Charlottetown hosted the inaugural conference that led to the country’s 1867 Confederation. If you’re thinking about chartering a private jet from Toronto to PEI, here’s what you need to know.

If you’re looking to board a luxury private jet directly from Toronto’s Lester B. Pearson International Airport (code YYZ) to Prince Edward Island, Charlottetown Airport (code YYG) is your best bet as it allows you to land within the province’s vibrant capital.

If landing in the heart of the province isn’t a necessity, you could also land at a smaller airport in and around PEI, the choice is yours. This is just one of the many benefits that come with a private jet rental.

Planning your trip to PEI

Despite only being 140 miles long and 2 to 40 miles wide, PEI offers quite an assortment of attractions.

After you’ve finished exploring Green Gables, head over to another Anne-inspired attraction, Avonlea Village. Stroll through the quaint town filled with houses and shops replicated from the acclaimed children’s novels or enjoy food from one of the eight delectable eateries found on-site. Just don’t forget to stop at the best ice cream parlour in town, COWS.

Next, why not take a trip to the province’s capital Charlottetown and walk through its lively downtown core. Stroll through Great George Street, the street home to the historic Province House, where British North American colonies met to negotiate terms and create Canada’s constitution.

While you’re downtown, you should also visit the capital city’s street mall, Victoria Row. The tree-lined cobblestone street features delicious restaurants, unique shops and a vivacious outdoor music scene. In the summer the street is even closed to traffic, creating the perfect hub for tourists and locals looking to shop and eat!

When you’ve had enough of the hustle and bustle of the city, spend an afternoon at one of PEI’s distinct red sandy beaches. Whether you swim, collect seashells or simply awe in amazement at its natural one-of-a-kind beauty, you won’t want to miss out on these postcard-perfect beaches.

Home to the highest concentration of lighthouses in North America, it’s no surprise that these beloved landmarks should be included in your travel itinerary. Cruise through Point East Coastal Drive to explore 6 of the province’s 61 lighthouses, including Point Prim, PEI’s oldest and only brick lighthouse.

When it comes to cuisine, PEI’s most famous for its seafood. Whether you head on over to the Claddagh Oyster House in Charlottetown to feast on some of the richest oysters found on the island or enjoy crispy fish and chips at Richard’s Fresh Seafood, you haven’t truly tried authentic seafood until you’ve tried PEI’s... In fact, if you really love seafood, consider booking your trip in September during the PEI International Shellfish Festival. Filled with tastings, live music, cookery demos, and a record attempt for the world’s longest lobster roll, this event is unlike anything you’ve ever seen before!

Regardless of how you decide to spend your time in PEI, Momentum Jets’ can help ensure everything is ready upon your arrival. Our travel concierges will happily take care of your accommodations, including booking ground transfers and transportation. We want to make your travels seamless, so you can enjoy your time on “The Island”.