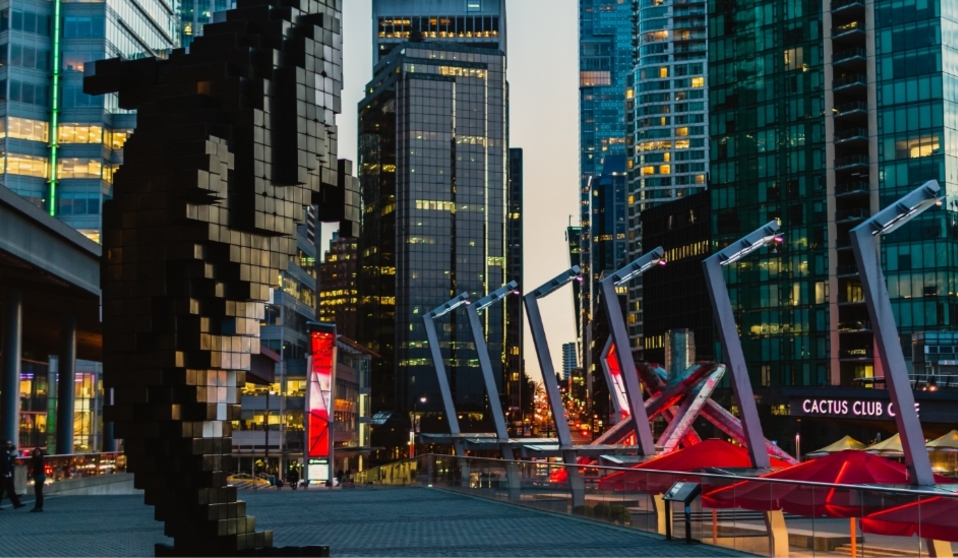 Acclaimed for its high rises immersed in nature, Vancouver offers tourists and business travellers the high energy and chaos of a bustling city while at the same time providing a tranquil oasis where they can lay back and relax. Located in the lower mainland region of British Columbia, cradled between the ocean and mountains, Canada’s third-largest city offers an abundance of scenic views and natural beauty. It’s also known as one of the most ethnically diverse cities in the country, with more than half of its population speaking a first language other than English. Expect to be greeted with open arms when you arrive, as its diverse community welcomes you to their laid-back, mountainous, health-focused city. Rent or charter a Luxury Private Jet to experience Vancouver’s picturesque views and west coast vibes.

There are several airports in and around Vancouver that can accommodate landing by a private jet including:

Planning your trip to Vancouver

Vancouver often gets a bad rep for its cool, wet and rainy climate. But in reality, the city demonstrates some of the most temperate weather in the country, making it an ideal destination for you to explore!

The western hub is broken up into several distinct neighbourhoods. There’s the Downtown Centre, located in the heart of the city, Gastown, a historic district lined with cobblestoned streets and divine restaurants, Kitsilano, an area perfect for beach and water enthusiasts, Yaletown, a region with high-end shops and restaurants, Chinatown, home to great eats and cultural sites, and West End, a neighbourhood where outdoor enthusiasts rejoice.

Vancouver’s lush green spaces, snow-covered mountains, and calm lakes position it to be a prime destination for outdoor adventures. Whether you hike through St. Mark’s Summit, bike along the city’s Seawall, or catch a wave at Tofino, adding some physical activity to your itinerary while visiting this gem of a city is an absolute must!

Speaking of green spaces, Vancouver is also filled with a multitude of pristine parks. Cross the historic 230-foot-high bridge across the Capilano River, or trek through a series of unobtrusive and suspended walkways protruding out from a granite cliff to discover previously unexplored areas of the coastal rainforest at Capilano Suspension Bridge Park.

For more outdoor adventure, visit Stanley Park, an expansive green space fenced in by the waters of Burrard Inlet and English Bay. Located on the city’s northwest side, the 405-hectare park is home to Vancouver’s famous Seawall, the Vancouver Aquarium, countless sandy beaches, and dozens of walking and biking trails.

Parks aren’t the only outdoor spectacle to enjoy while in Vancouver. The city is also full of towering rocky mountains for you to discover! Jaunt up the Grouse Mountain via the Super Skyride and in just 8 minutes, you’ll be greeted by some of the best views of the city.

When it comes to cuisine, the coastal city is known best for its seafood. From roasted salmon and west coast oysters to sea urchins and Dungeness crab, the seafood in Vancouver is guaranteed to be the freshest you’ve ever tasted as it was likely caught in local lakes moments before being served.

Whether your trip to Vancouver is for business or pleasure, Momentum Jets can have you arriving in the coastal city relaxed and eager to explore all that this Canadian city has to offer. Our travel concierges are dedicated to ensuring all logistics are taken care of well before you land so that you arrive ready to enjoy your time in this west coast city.