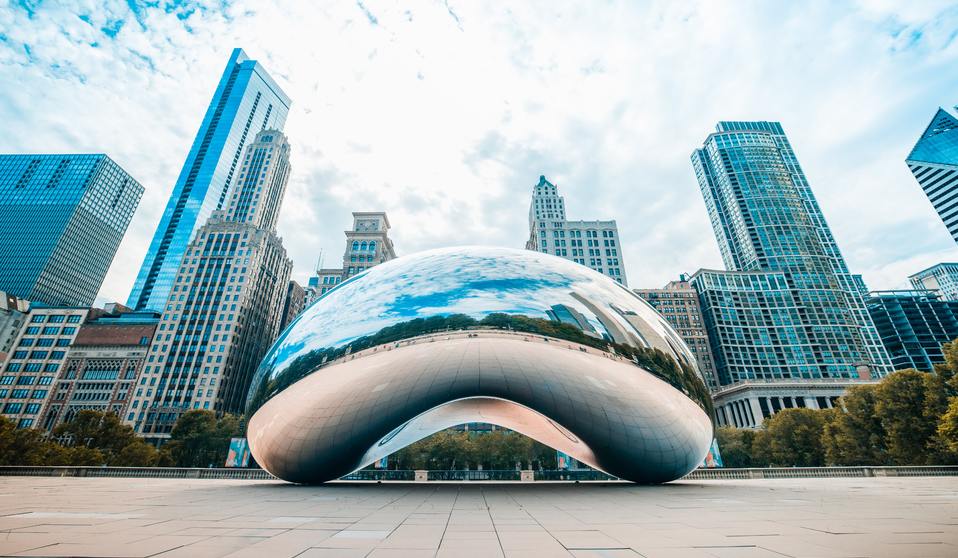 Famed for its amazing architecture, thriving sports culture, and delicious grub, Chicago is a diverse city that attracts all kinds of tourists and business travellers each year. You can visit architectural landmarks like the Willis Tower and John Hancock Center or wander through the Art Institute of Chicago, one of the oldest and largest museums in the world. But don’t forget to try the windy city’s revered deep-dish pizza, loaded hot dogs, or Italian beef sandwiches. However you decide to spend your time in America’s third-largest city, if you’re planning to fly a private jet charter from Toronto to Chicago, there are a few things you should keep in mind.

Where to Land in Chicago

Chicago is home to three major international airports, each of which can accommodate landings by a private jet charter:

Each of these options will have you in Chicago in less than two hours.

Most people prefer a jet charter from YYZ to ORD, since it takes you directly to the heart of the city without hopping on a train, cab or bus. On the other hand, jet charters from MDW are well-regarded because they bring people closer to the edge of the city, providing them access to both Chicago and its surroundings. Others prefer MDW and RFD simply because they are both less crowded than ORD.

Renting a private jet to Chicago also allows you to access smaller airports in the surrounding area. Inform your travel concierge of your final destination and they’ll recommend the airport best fitted for you.

Whether you’re in Chicago for business or a much-deserved holiday, the city by the lake offers a plethora of ways you can spend your time.

Board Chicago’s First Lady for a cruise along the Chicago River and marvel at the city’s world-class architecture. If you’re hoping to stay on land, explore the city from Skydeck Chicago. Located at the historic Willis Tower (formerly Sears Tower), the Skydeck takes you 1,353 feet in the air for a breathtaking view of the city and if you’re brave enough, you can step outside onto its glass ledge.

Chicago’s motto is “City in a Garden,” and its expansive list of green spaces certainly lives up to the name. Stop by the award-winning Millennium Park for live music, outdoor movies and a permanent outdoor art gallery featuring Cloud Gate, the world’s largest permanent outdoor art installation.

The Windy City is also regarded as one of the top sports cities in the United States. From April to September, it’s all about baseball. You can catch a Chicago Cubs game at the historic Wrigley Field or head to the city’s south side for a White Sox game at Guaranteed Rate Field. If you’re thinking about visiting sometime between October and April, you can expect basketball or hockey to dominate Chicago’s sports scene. Whether you watch the Chicago Bulls tear up the court or the Chicago Blackhawks hit the ice, you won’t want to leave Chicago without having explored some of the city’s vast sports scene.

Looking to learn something fascinating about the city while you’re there? Lucky for you, Chicago has countless museums, and its three most notable ones are nestled together at the Museum Campus. The 57-acre park located alongside Lake Michigan includes the Field Museum of Natural History, Adler Planetarium, and Shedd Aquarium.

When it comes to transportation, there’s not much this city doesn’t offer. You can hop on Chicago Transit Authority (CTA) buses, its transit system known to locals as the L, and the Metra (suburban train). If it’s cold or raining you can travel underground and use the Chicago Pedway, a network of tunnels, ground-level concourses and bridges connecting skyscrapers, shops, hotels, and train stations. If the weather is in your favour, give the city’s bike-share program a go. It’s a great way to cover big distances and see more of the city in a shorter time.

After all these activities, you’re going to be famished. Trying some of the city’s most iconic foods is a must! From deep-dish pizza and colourful mile-high ice cream cones to the Chicago-style hot dogs loaded with an assortment of toppings, you won’t want to miss out on the city’s signature dishes.

Whether your trip to Chicago is for business or pleasure, Momentum Jets can have you arriving in the city relaxed and eager to explore all that it has to offer. Our travel concierges are dedicated to ensuring that all logistics are taken care of well before you’re set to take off so that you can experience a stress-free trip.