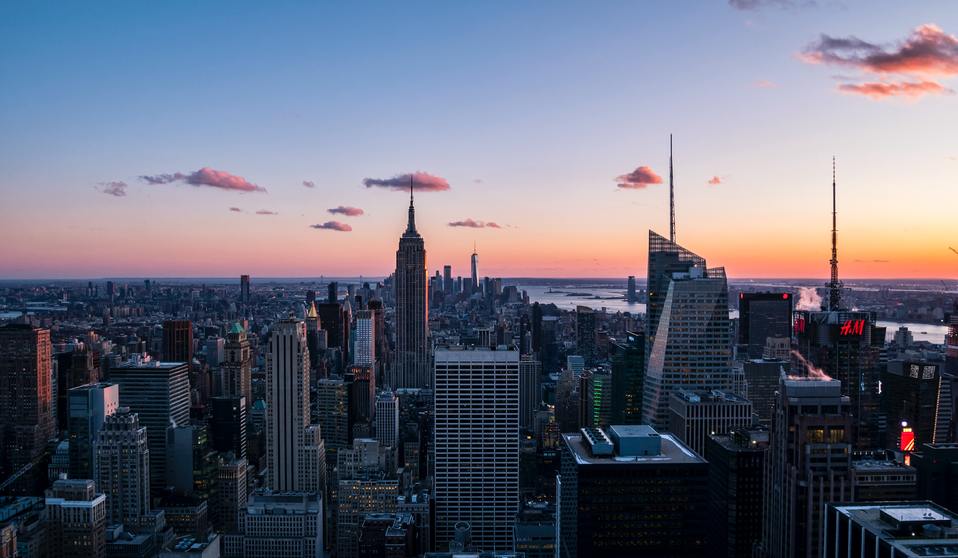 Undoubtedly one of the most vibrant cities in the world, New York is bursting with excitement and culture– from beloved attractions like the Statue of Liberty to hidden gems like the Old City Hall Subway Stop. America’s largest city is comprised of five boroughs – the Bronx, Brooklyn, Manhattan, Queens and Staten Island – and each one is home to dozens of neighbourhoods that demonstrate their own distinct flavour. Whether it’s your first time visiting or your fiftieth, you’ll have no problem finding something new to discover in the city that never sleeps.

If you’re planning to fly into New York from Toronto, here are some things you should know.

If you are willing to touch down outside the Big City, there are also smaller airports that accommodate landing by a private jet charter. For instance, Long Island’s MacArthur Airport (code ISP) is roughly a two-hour drive to NYC and provides access to the Ronkonkoma Railroad Station. There is also the Newark Liberty International Airport (code EWR), which provides passengers access to both New York and North New Jersey.

While JFK and LGA are premier landing destinations, EWR and ISP are both still possibilities. When deciding on charter plans, think about where you will be most of your trip, what type of travel access you’ll need after landing, and whether you prefer a large terminal like LGA or a smaller terminal with less traffic like EWR.

With its iconic attractions, diverse cultural scene and picturesque scenery, there is something for everyone in New York regardless of when you touch down.

Hop on a ferry to Liberty Island and admire the Statue of Liberty up close and on the way back stop at Ellis Island, a historical site that was once the busiest immigrant inspection and processing station in the United States.

Since we’re on the topic of famous NYC landmarks, you’ll also want to add Central Park to your travel itinerary. The 341-hectare urban park is home to beautiful sculptures, bridges and playgrounds. Whether you’re a nature-lover, exercise enthusiast, or want to visit the park you’ve seen on the big screen, there’s something for everyone in this natural oasis.

Don’t think we forgot about the Empire State Building...The beloved architectural marvel can be viewed from several vantage points in the city. However, to truly experience its magnitude, you should visit the building’s open-air observatory. If you’re brave enough to tackle the top deck, you’ll be graced with remarkable views of the city and beyond.

If heights aren’t your forte, that’s okay. There is plenty to see closer to the ground. You can explore the enormous Rockefeller Center, which is packed with television studios, shops and restaurants as well as stunning artwork and architecture.

Interested in discovering more of the city’s art scene? Peruse extravagant pieces of art at one of the city’s countless art museums – The Metropolitan Museum of Art and the Museum of Modern Art are both excellent choices. If you’re more of a history buff, check out the American Museum of Natural History and the 9/11 Memorial and Museum.

Don’t worry sports fans, New York has plenty for you too. You can visit Yankee Stadium, the New York Yankee’s historic home ballpark or, if baseball isn’t your game of choice, you can catch a hockey game or basketball game at Madison Square Garden.

You can’t leave the Big Apple without seeing at least one of the city’s spectacular Broadway shows. Even if you’re not a theatre buff, seeing a show is a New York City rite of passage. Once the show is finished, you can enjoy the bustle and bright lights of the nearby Time Square.

When it comes to cuisine, New York has it all. From hand-tossed cheesy pizza and decadent cheesecake to fresh bagels and pastrami sandwiches. If you’re planning on visiting any of the city’s restaurants while in town, you have to stop at Katz’s Delicatessen. The deli has been serving New Yorkers sensational pastrami and corned beef sandwiches since 1888. It’s so great it’s even been featured on the big screen!

However you decide to spend your time in New York City, Momentum Jets’ can help make your stay seamless. Our travel concierges offer door-to-door travel services, which means we take care of all the logistics– booking ground transfers, transportation, and hotels. The only thing you have to do is have fun and enjoy all that this concrete jungle has to offer.